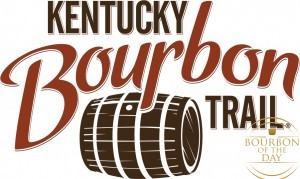 Launched in 1999 by the Kentucky Distiller’s Association (KDA), the Kentucky Bourbon Trail program features 8 of Kentucky’s distilleries in an effort to boost tourism to the bourbon capital of the world. Initially, the official trail inluded only 7 distilleries. However in 2008, the eighth distillery – Tom Moore – was included. Unfortunately, in 2009, both Tom Moore and Buffalo Trace withdrew from the program to host independent tours for reasons still subject to debate. 2012 saw the addition of Town Branch distillery, followed by Heaven Hill’s Evan William’s Distillery in right here in Lousville to the official trail, bringing the number of participating distilleries back to the following 8:

Although the above distilleries are the only ones on the official trail, there are dozens of smaller ones that make for unforgettable experiences – including Buffalo Trace in Frankfort, Kentucky. Add them to the trail and experience them for yourself!

HAVE YOU VISITED ONE OF THE DISTILLERIES ABOVE, OR COMPLETED THE KENTUCKY BOURBON TRAIL? OR HAVE YOU TOURED ANY BOURBON DISTILLERIES OUTSIDE OF KENTUCKY? IF SO, TELL US ABOUT YOUR EXPERIENCES IN THE COMMENTS SECTION BELOW!