IN PRAISE OF BOOKER NOE 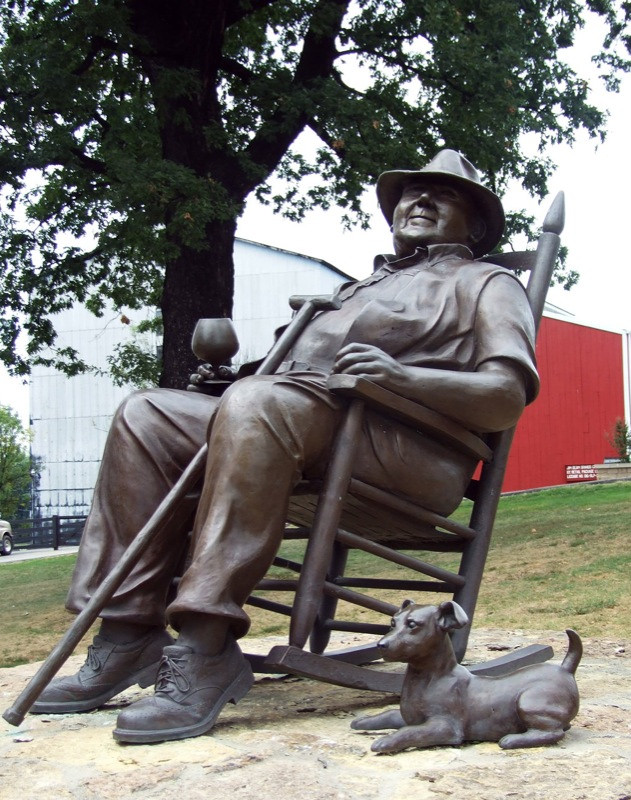 Friends and colleagues will all agree: if there were two things that set Booker Noe apart from other men they were his commitment to his family and to his craft. As Master Distiller at Jim Beam for more than 40 years, Frederick Booker Noe II is also immortalized by the whiskey that bears his name: Booker’s. Legend has it that Booker Noe originally created his whisky strictly as gifts for friends and family. Booker later realized that his particular bourbon was a big hit with everyone who tried it, so he released it to the general public from 1992 until today.

Booker Noe dedicated his life to creating whisky the old fashioned way – uncut, straight out of the barrel. This meant that drinkers would have to bring their jugs to the distillery and have them filled up straight from the barrel to get a taste. You would think that such an inconvenient means of getting Booker’s would hurt the operation, but quite the contrary. His method and his product stood out in a market of unimpressive whiskeys. To add to the allure, Booker Noe himself handpicked the barrels that he used in the maturation process.

Booker’s bourbon is truly a superior whiskey in terms of quality, “barrel proof” (usually between 126 proof and 138 proof), and unfiltered – bottled straight out of the barrel – keeping the bourbon full flavored and is usually between six to eight years old once it is taken from the cask. Booker’s bourbon has won numerous tasting awards, including the Wine Enthusiast’s Gold Medal Bourbon award.

Currently, Booker’s Bourbon is part of the Jim Beam Small Batch Collection (which also includes Bakers, Basil Hayden, and Knob Creek). Out of all of the Small Batch Bourbon Collection, Booker’s Bourbon has the highest alcohol content; this is why Booker himself recommended adding a splash or two of distilled water to the bourbon to really unlock the brilliant flavor (and to prevent scalding. Yes, its that hot). Booker Noe remained a living legend until his death in 2004. But his high standards, exacting quality assurance practices, and magic touch have been passed on to his son Fred Noe, who carries his fathers legacy into the 21st century.